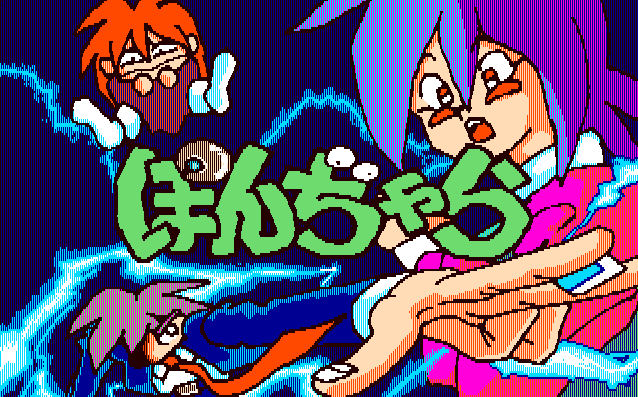 A ponjyara game conceptualized by someone with an obviously warped sense of humor. You play as a young man who challenges girls to strip ponjyara matches, and while it’s implied that both of you lose clothing for every 3 points you lose, only pictures of the girls are shown. Winning means that indeed you get the girl naked, but something humorous happens afterward. Losing, however, seems to bring a blade-wielding zombie into the picture. I really don’t know what the thought process was behind this game’s plot, but it does deserve recognition for its originality among strip games in that regard.

This now-defunct circle released all of their games for free prior to dissolving. They can be found here at the TKO Soft Archive, though you will need an emulator or a means of transferring disk images to disks in order to play most of them.