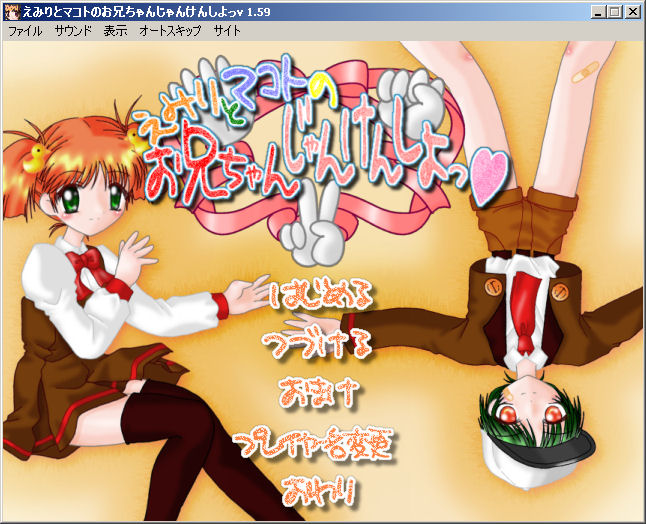 A day starts out like any other until your little sister-figure Emily wakes you up loudly. You decide to vent your frustrations and desires on her with yakyuken matches, with sex following Emily’s nudity… followed by the arrival of stereotypically violent and tomboyish Makoto to which you challenge to the same scenario. The game has a lot of voice, but without the auto-skip feature included, the game’s text crawls along far too slowly. Also included is a bonus opponent with cat ears.