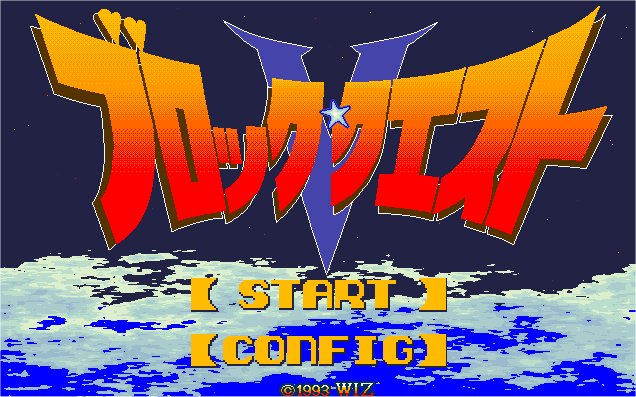 A Breakout clone with selectable stages and a girl to fit each theme who strips every three or four levels. The only real power-ups the game offers is the occasional heart worth 100 points and the fact that the more your balls bounce, the bigger they get and the faster they go. (Commence snickering.) The title is meant to be read with the letter V instead of interpreted as being the fifth in the series. We sure as hell haven’t found four previous Block Quest games.