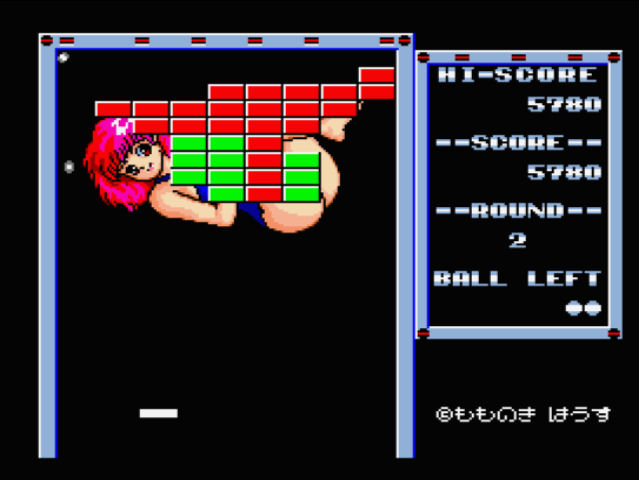 Not to be confused with the arcade game of a similar name. This is a Breakout game in which girls are concealed behind blocks. Most of the girls appear in swimsuits, which are removed if you complete the stage. Power-ups are dispersed throughout certain blocks in the stage, which are usually multi-balls and ball speed effects. This was one of several pack-in games with the Peach Up disk magazine series.