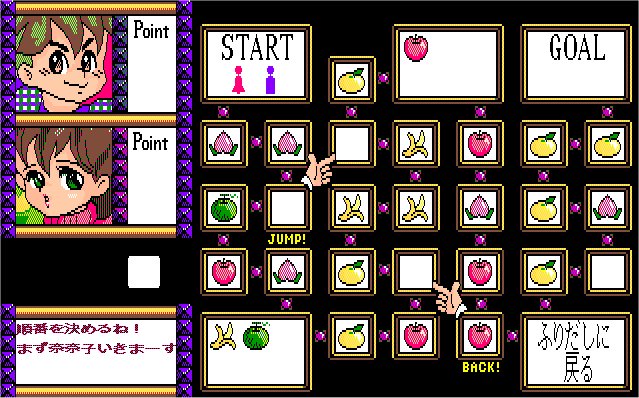 Unlike what the title suggests, this simple board game has nothing to do with rock-paper-scissors. Instead, you challenge three of the characters from another game by the same company entitled “Belloncho Shintai Kensa Joshikosei Hen” to a board game where you must collect fruits for points and avoid hitting the “Back” and “Back to start” squares. If a player reaches the goal and has a higher score than the opponent, the loser has to strip. How much depends on the difference of points; if the loser had a higher score, they remain clothed.