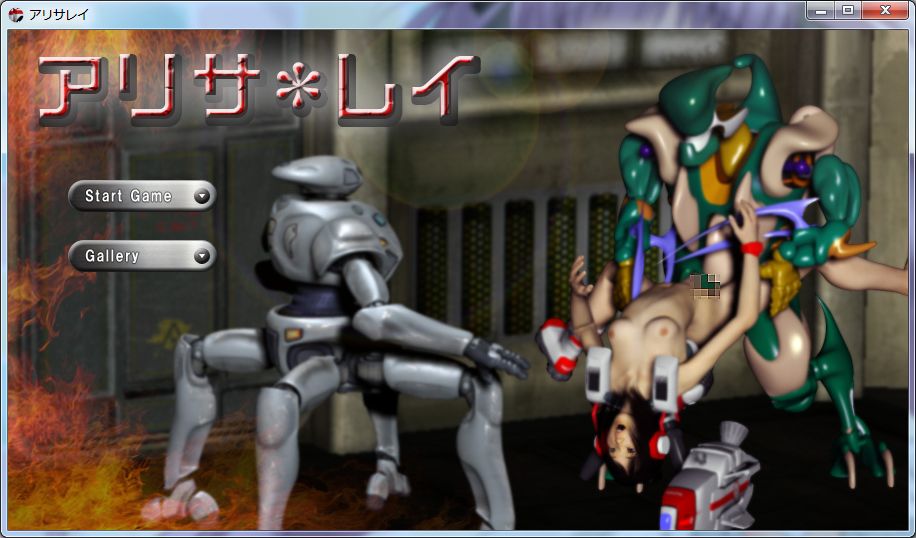 This side scroller puts you in the role of Arisa, a mech-suited girl whose outfit looks a lot like it came from a Gundam series. You fight your way through a corridor of mechanized foes and try to stop them from raping girls. If Arisa takes enough damage, her suit is destroyed and she must continue to fight naked. Unfortunately, the game itself is pretty poorly designed. Instead, you have only one weapon and it has a considerable delay before each missile is fired, and every enemy takes multiple shots to kill. They also tend to bum-rush instead of fire with any projectiles, and so you’ll end up taking damage before you kill most enemies. The main character is also given a dull, subdued tone for every line she speaks, as if she almost doesn’t care what’s going on. There are cameos by characters of past games by the circle because reasons.

This game used to be available on DLSite, but has since been removed. We’re not sure if the circle Aphrodite who are currently listed there are the same circle since the content they produce has an entirely different appeal.