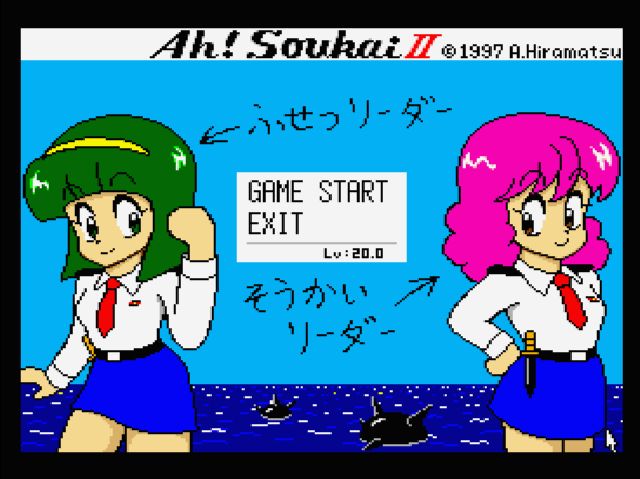 In this game, a pair of rival female captains decide to settle their differences in a game of strip Minesweeper. As the pink-haired captainess, your job is to clear the field, revealing the disrobed picture of the green-haired captain beneath as you clear blocks. You are treated to a short animation of the other girl when you clear the stage, although there are sadly only two stages. Touching a mine, however, will cause you to get stripped. This is a sequel to Ah! Soukai by the same doujin developer, which was just a plain vanilla Minesweeper game as far as I could tell.