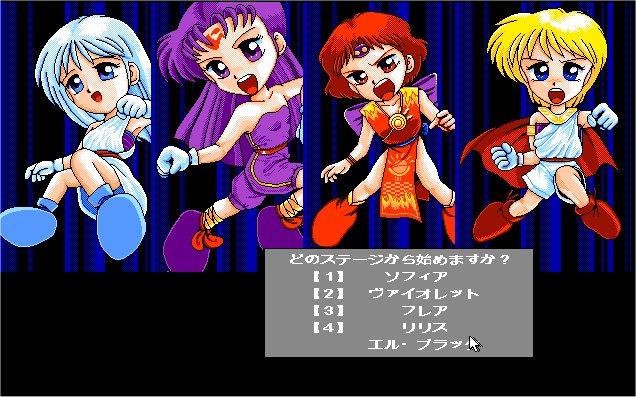 Not quite a sequel to the previous game. You choose one of four elemental girls and battle your way to greater power. The game uses a “Biobits” stat rather than hit points, with your character gaining more Biobits after every fight. As enemies and you lose Biobits, they also lose clothes, which also reflects on in-game avatars. Your character matures at stages of 500 Biobits and the enemies get harder as you ascend.