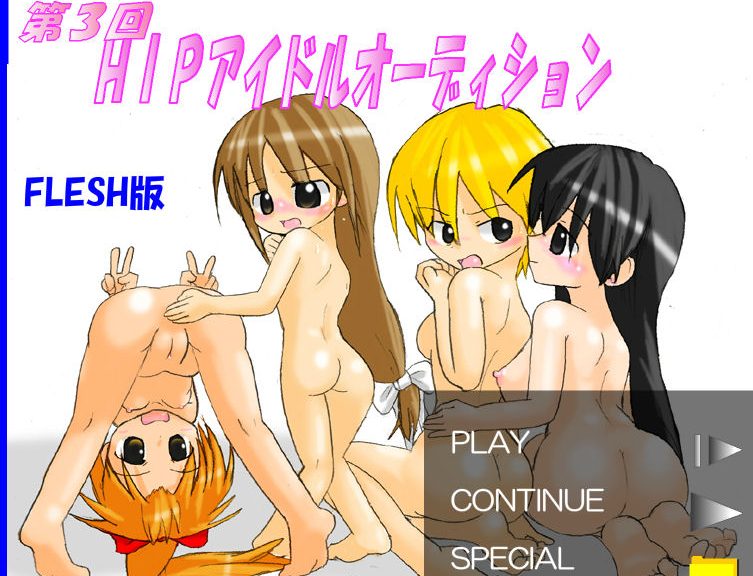 The third installment to a series focusing on public exposure of girls. In this game, four girls are participating in a combat tournament with a prize of cash, but with the loser having her clothes stripped off and being forced to perform demeaning acts in front of the crowd such as peeing or having a forced enema. There are two versions to the game, with one version having less grotesque penalties. The images shown here are from the FLESH version, which removes the scatological penalties from the game.

This game was formerly available on DLsite, but has since been removed.