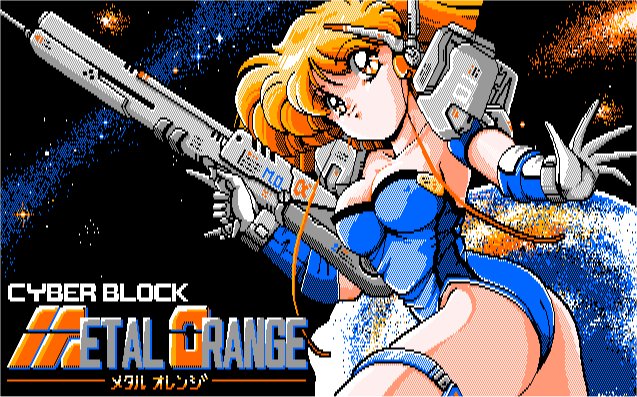 An Arkanoid clone with the standard set of power-ups gathered by catching power capsules and galactic mecha enemies that appear. Features girls who strip and whom you eventually have sex with after you clear a certain number of rounds. Not very difficult and quite fun to play, but has the design bug that I loathe where your ball can get stuck in an inescapable loop of bounces in the corners. This game was also released for the Sharp X68000 as Metal Orange EX.

Screenshots taken from the PC-98 version