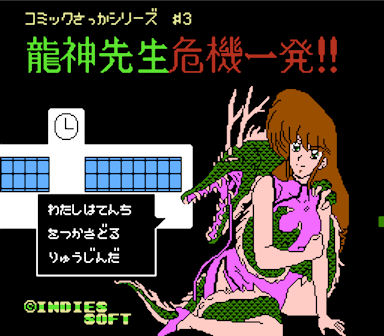 More oversized ship shooting fun, starring a girl who gets her clothes ripped off and her body violated by a dragon on her back. I doubt this is what Queen had in mind when they came up with that song. Anyway, this game is considerably harder than its predecessors. Ships will jump up out of nowhere from any direction, and bullets can randomly appear in the middle of the screen, which seems to me to be a game flaw rather than an intentional challenge factor.