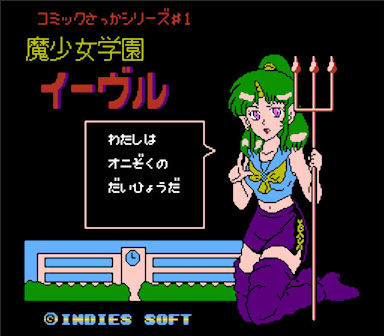 The first of many inane shooter games in the series. You proceed through each stage, and defeat the mini-boss at the end to make the featured girl strip an article of clothing. However, each stage is the same thing over and over, with no variation on the enemies or scenery, save for the very last stage where you fight a boss who flies in a predictable pattern. This however gets credit for being the first Famicom Disk System game to feature an overly spectacular female orgasm.