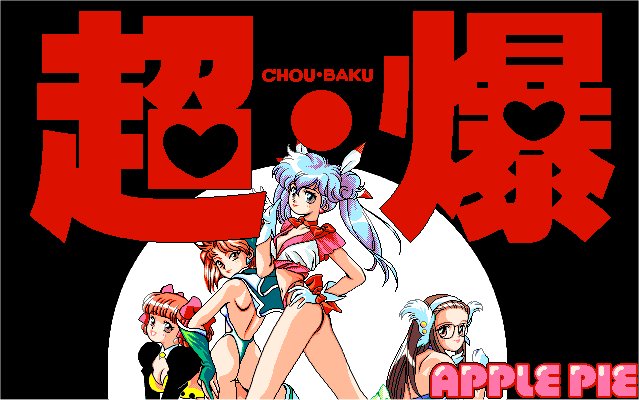 A scientist’s experiments with time travel causes four magical girls to be turned into kids and forced to battle an evil empress and her minions, as well as each other. In most game modes you play as the blue-haired girl, though a four-player option is available. Landing on the same space occupied by another of the girls or designated battle spaces forces you into a combat system that seems to be an odd rock-paper-scissors variant, with the loser being forced to strip naked and sent back a few spaces on the board (or to Start if you lose to the boss of the stage); both challenger and spaceholder also each have one card that restores lost hit points in exchange for stripping to half-undress. As you progress through each stage the girls begin to make their way back to normal age and maximum hit points increase. Some spaces offer items for dice rolls or a certain number of items for answering 10 out of 20 questions in a quiz correctly. The game is often excruciatingly difficult and very hard for you to make progress in unless you’re very lucky. This game was also remade by the same company as “T-Backs” with most of the nudity removed.