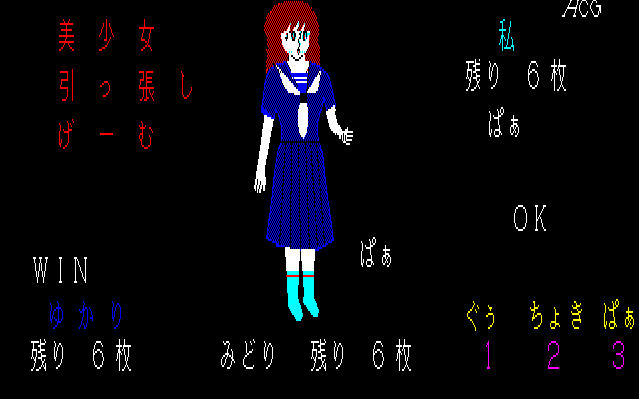 This is a very early Yakyuken game with your choice of two different girls. And by that, I mean the same girl with different hairstyles taking center stage, though you appear to be playing against both of them at once, and only if the girl displayed loses out of the three of you do you see her clothes come off. This is such an early game (released in 1983) that it was released on cassette rather than disks.