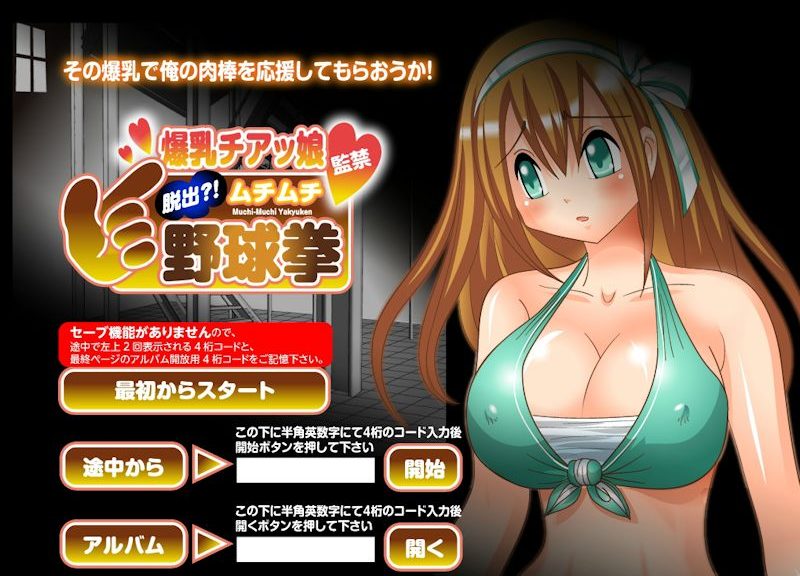 You play the fat, perverted kidnapper of a busty, ditzy cheerleader who decides to give her the chance at freedom by playing yakyuken. Instead of you stripping when you lose (since your character is apparently already naked even at the moment of capture), your character tugs the clothing off of a little blue figurine while the girl herself strips and bounces as she loses. After she is naked, she is forced to tit-fuck you before she dons a second, more lewd cheerleader’s outfit. More sexual favors are given once she is naked again. Artwork here is quite good, but the game is rather simple.

This game is available from DLSite! Follow the link below.