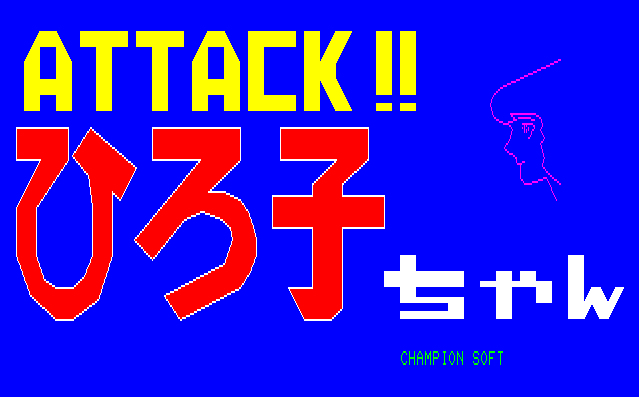 Although the game title sounds as if you’re out to rape some poor girl named Hiroko, it’s apparently just Engrish. This early BASIC game from the circle has you out to meet your pen pal Hiroko during Summer School. What follows is actually navigating to the dorm, playing a numbers-guessing game to bypass the door lock, searching rooms for items, and finally, guessing what activities Hiroko likes to do in order to get her to strip. Since everything is based on a random chance, however, it takes a lot of effort to actually win. Not only this, but most of the choices you make in the game are text-based, so you need to have a certain level of Japanese knowledge in order to make it to the end. But hey, if you do, your BASIC operating environment now has a blocky naked woman on it until you reset!

Screenshots taken from the PC-88 version.