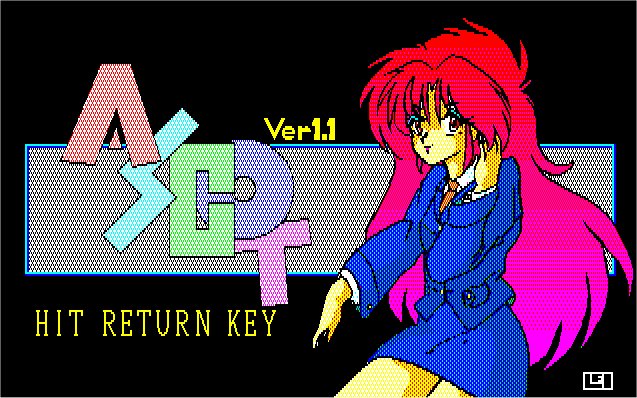 Here’s an odd one. A game that uses the number pad to hit the specified picture of a girl a certain number of times within the time limit in a game similar to Whack-A-Mole. Features a girl who strips as you clear each stage. Although the game is initially easy, the pictures flash at an exponentially faster rate, making it almost impossible toward the later stages save perhaps on slower machines.