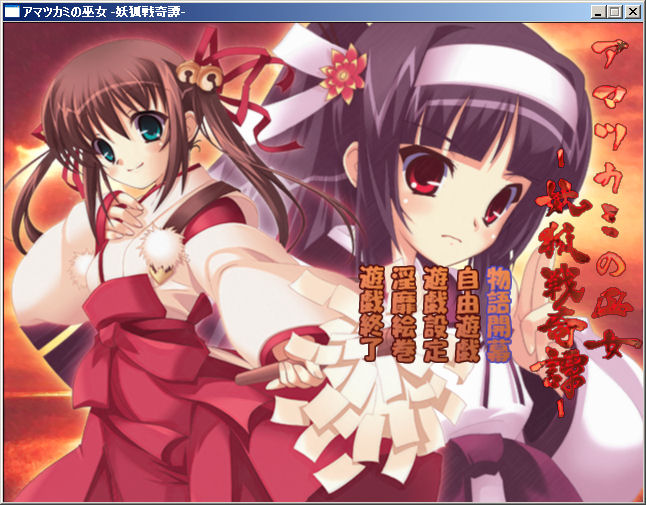 A vertical-scrolling danmaku shooting game where you take on the role of one of two miko characters and fly through endless waves of bugs and spiders, collecting power-ups and dodging bullets on the way to the stage boss. Both you and the boss lose clothes as you lose health. As danmaku shooters go, this game is no exception to the rule that usually, danmaku shooters are extremely hard, but the difficulty selections at least make the game less than impossible on lower difficulty settings.