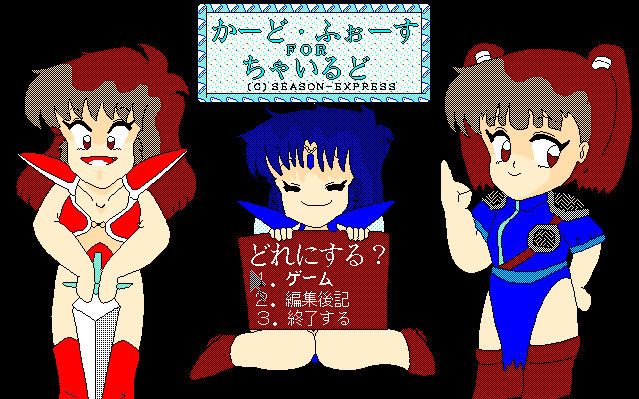 You play as a female warrior who battles other girls in card battle matches. The higher card damages the losing opponent’s HP for the difference, with you or the opposing girl losing clothes as you run out of HP. The game is unfortunately full of graphical bugs and features poor artwork. I imagine this game was programmed and artistically rendered by some kid because of it, but despite the title, the game is definitely not for children.