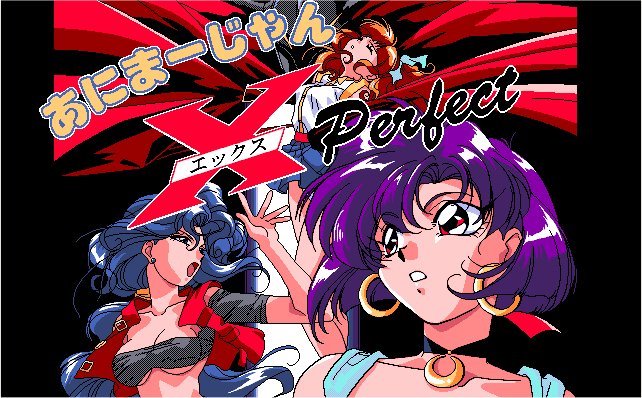 The second and final installment of the Animahjong series. Rumi, from the first game, has been kidnapped by an unknown assailant, so you, Miyabi, and Yumika decide to go and track her down… by doing the most logical thing and challenging girls who might have clues to her disappearance to strip mahjongg. This time there are more girls to challenge and you can select from the three protagonists to be the challenger, with animated and voiced strip scenes for all the ladies (the protagonist girls seem considerably underdressed for such a game, but who’s complaining?). This game is a bit tougher than the last as either party must run out of funds to strip, with the stakes on the opponent’s side raising with every round and very often things just not going your way. Also, unlike the previous game, there is a story mode and a character battle system is included so that you can randomly pick an opponent. Overall, one of my favorites.

A later edition was released as “Animahjong X Perfect File”, which was a hard drive install and much easier to manage than numerous disks. Screenshots taken from that version, on the PC98. A demo version was released for the Sharp X68000, but the full version release is as yet unconfirmed.